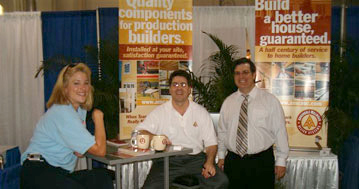 2020
Karl August Krietsch, an employee of Annandale Millwork for more than 60 years, passed away on August 14, 2020. Karl was 92 years old. He was exceedingly intelligent, a hard worker and above all, a gentleman. With a twinkle in his eye, a positive outlook and always a smile, he could tackle any millwork task thrown at him. Karl will be dearly missed. 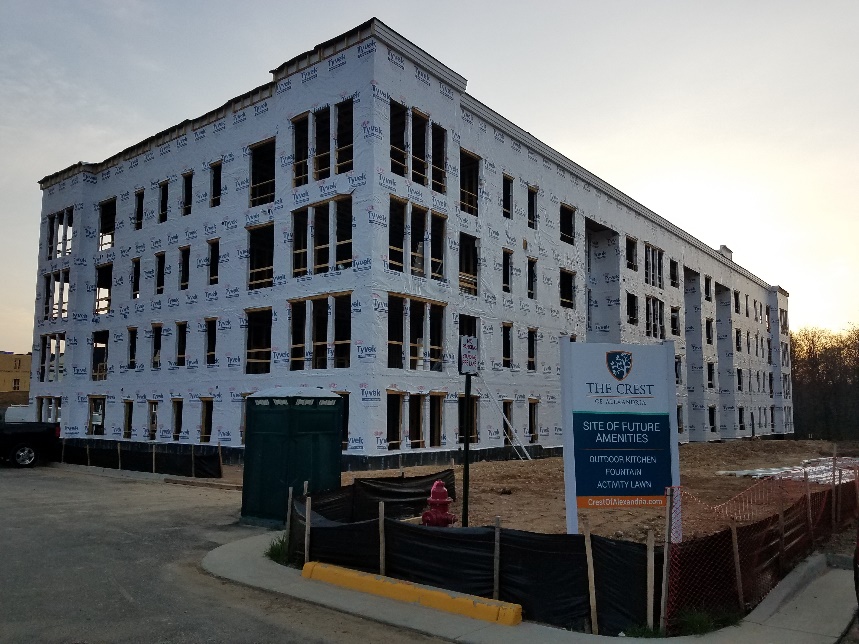 What does a component manufacturer do when they deliver their structural building components for a 70,000 sq. ft. condo building, and the contracted framer doesn’t show up?
For Gene Frogale, who experienced this problem in 2018, he quickly reached out to Kenny Shifflett, a fellow member of the Structural Building Components Association (SBCA), past president of the National Framers Council (NFC), and owner of Ace Carpentry in Manassas, Virginia.
“It’s an insane request in this market; you can’t just pull a framer out of your back pocket,” says Gene, president of Annandale Millwork and Allied Systems in Winchester, Virginia. “But Kenny was the first guy I thought of. I’ve known him forever through my involvement in SBCA and other organizations.”
As luck would have it, Kenny was able to help Gene as he had a framing crew that was just completing a job and looking for a new project. As a result of picking up Gene’s call, Kenny was able to secure the contract for the condo development and is now working with Gene on their third condo building.
Since NFC’s creation, and with its collaborative relationship with SBCA, Kenny says he has seen an increased development of networking between component manufacturers (CMs) and framers.

“The collaboration gives both CMs and framers those connections to be able to work different types of deals and glean information from one another,” says Kenny, who also has a foot in the manufacturing realm as owner of Quadd Building Systems located in Remington. “As a young business in the component manufacturing industry, networking within SBCA and NFC has been huge,” he says. “I have been able to pick up the phone and call members around the country just to ask a question; information that you typically gain from hard knocks is freely given to you.”
Kenny says building a network of people you’re able to work with is “incredibly important for all businesses,” particularly for business owners who are feeling and touching everything within their organization. “They have a hard time seeing the tree because of the forest and are wound up in the weeds every day,” he says.
“A lot of times companies get busy, holed up in their day-to-day activities, and don’t think they need to network because they have plenty of work or don’t make time to network, so they lose site of the value,” says Kenny. “Sometimes you have to step back and look at the big picture, and the networking gives you that bigger picture. There has always been somebody who has had that problem before, and sometimes it’s just a phone call to realize what you can do instead of throwing thousands of dollars at it. Use that knowledge; it’s out there.”
Both Kenny and Gene are actively involved with many organizations and continually encourage others to get involved with their local SBCA chapters.
“The information is powerful, and at the end of the day, it’s not really what you know, it’s who you know in our industry,” Shifflett said.
Are you missing out? Get involved today! Visit sbcindustry.com and framerscouncil.org for more information about these valuable industry organizations, or contact staff with questions.

Caption: Kenny (far right) and Gene (third from right) are both involved in the SBCA Capital Area Chapter’s efforts to provide a mortgage-free home to a wounded veteran through Operation Finally Home.

Rob Frogale to be installed as the First Vice President of HBAV in June.

Annandale Millwork expands locally in the Winchester area, purchasing several buildings immediately around the plant and moving the exterior doors and windows shop.

TVBA experiences the highest percentage of growth in the national membership drive.

October 29, 2003
Annandale Millwork & Allied Systems is proud to welcome Attorney General Jerry Kilgore and Senator Russ Potts as they tour the Winchester plant and learn about their recent expansion.

July 18, 2003
A ceremonial groundbreaking commemorates Annandale Millwork & Allied Systems' plan to build a 40,000 square-foot state-of-the-art roof and floor truss manufacturing facility at their Millwood Pike property. They also plan to expand their current millwork operation with the addition of a 50,000 square-foot millwork manufacturing facility. The Expansion will add 100 new jobs to the to the community over the next 5 years.

September 28, 2002
Annandale Millwork & Allied Systems celebrates its 50th anniversary with 300 guests in attendence at The Ritz Carlton in Tysons Corner. Rob and Gene Frogale spoke briefly thanking employees and customers for their support and recognizing them as the key to their success. The MC for the evening was 15 year NFL veteran Trevor Matich, highlighted by a congratulations from Washington Redskins coach Joe Gibbs. Daryl Green also extended his congratulations and personal testiment regarding Annandale Millwork & Allied Systems' mission and recent success.