By Gene Frogale In Uncategorized No comments 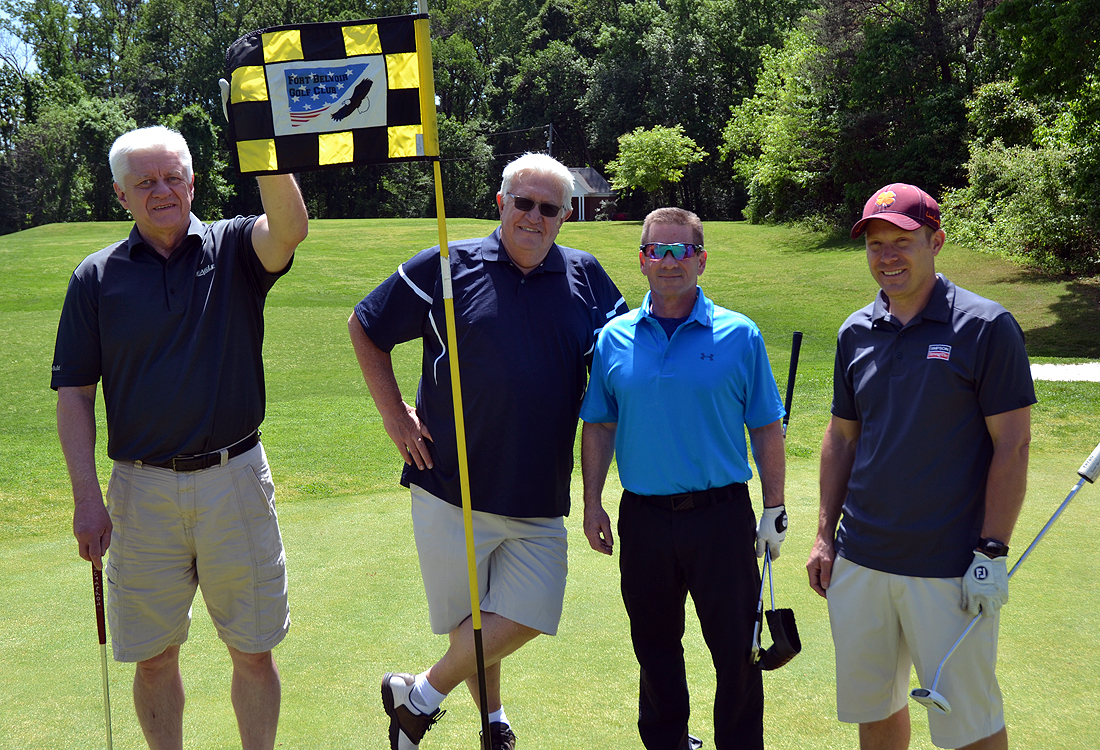 The Fort Belvoir Golf Club venue, home of the U.S. Army Engineers, is an appropriate site for honoring our wounded veterans. Located just outside the Capital Beltway, this military post is in the heart of the prosperous Metro DC area and its ten million residents. Adding to the attraction of the event was the beautiful spring weather, and golf course conditions benefitting from recent rains.

The day’s activities began with a box lunch, followed by Gene’s dispatch of an enthusiastic, if not professional, cadre of golfers. Upon completion of a great golf adventure, a buffet dinner was waiting in the clubhouse. After dinner, Gene presented multiple awards for play on the course. Notably, all recipients donated their proceeds to the ultimate OFH awardee. Then founder Dan Wallrath gave an overview of the fine work of OFH, and introduced the four veteran heroes who attended the golf outing: Tony Henry, Don Martin, Dan Sutton and Rob Mazza.

Tony Henry shared a touching description of his 29 years of exemplary service, and unfortunate associated injuries.

Gene closed a wonderful day by announcing the Capital Area chapter would construct its “own” home for a deserving veteran and his family, on a Northern Virginia lot recently donated by a local builder. Capital Area Chapter members, along with other Chapters across the country, continue to ramp up their enthusiastic support for this most deserving cause.