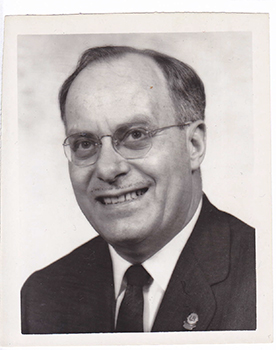 After WWII William (Bill) Frogale moved his young family from New York to live in Arlington County across the Potomac River from Washington, DC. Filled with the American entrepreneurial spirt, Bill had a vision that the area was poised for tremendous growth in the residential housing market. With that in mind he founded a small family run lumber and millwork business in 1952 in Annandale, Virginia.

In the early years business was good and Annandale Lumber and Millwork prospered alongside the country, but Bill Frogale was an innovator at heart and had a vision for something bigger than a small town lumber yard. It was at this time that Bill began experimenting with the concept of “pre-hanging” interior door units. Traditionally selling and installing interior doors for a home was quite a labor intensive operation with each component part of a door: slab, jamb, hinges and casing all shipped to the jobsite as separate pieces. Once on the site, the installer would build all the pieces up into the door unit. This process could take up to a couple of hours for each unit. Bill’s innovation was to develop a system where the door was “pre-hung” in the shop and then shipped to the jobsite completely assembled. The installation time was cut by 75%! This change was an instant success and Annandale Lumber and Millwork became one of the largest suppliers of interior door units for the Washington Area. The business model changed as well for Annandale; instead of selling to just retail customers and small builders the company began to sell to some of the larger “tract” builders of the time like Richmarr Construction and Southern Engineering. The country was moving to the “suburbs” and Annandale Lumber and Millwork was right there contributing to this growth.

By the 1970’s Annandale Lumber and Millwork had outgrown the original location in Annandale, Virginia. Bill eventually sold the Annandale location to purchase an 8 acre parcel on a rail spur in Haymarket, Virginia approximately 50 miles west of the center of Washington, DC. At the time, this was quite a bold move as Haymarket was a very small agricultural town still very far from the big subdivisions being built in Fairfax County. But Bill ploughed ahead and built a 50,000 square foot manufacturing facility in anticipation of an ever expanding growth trajectory westward. Bill was right and the growth did come that way; from 1970 to 1995 the company prospered although there was the occasional down turn to be weathered. It was during this period that Bill’s sons, Rob and Gene, joined the firm and began to make their contributions to the company. In 1995 Bill Frogale passed away and Rob and Gene became the sole owners of the company.

In the 1980’s the idea of pre-building the walls of a home in a factory began to take shape. Although the building of roof trusses and floor trusses was quite common by then, the walls of a home were still being “stick-built.” The brothers began to investigate the idea of building a factory to build “wall panels.” At the time one of Annandale’s largest customers, Richmond American Homes, was also interested in wall panelization and encouraged the brothers to pursue the idea. And so in 1989 Rob and Gene purchased a facility in Winchester, Virginia and began the manufacturing of wall panels. Not unlike Bill’s gamble on “pre-hung” doors, the brothers were gambling that production builders would buy wall panels from them. The early years of this venture were fraught with all the difficulties one might expect with new technology and new equipment, but eventually the brothers got it right, and Allied Systems was born. The new business was kept as a standalone business in the early years of its existence, but eventually the two businesses were destined to merge into one. 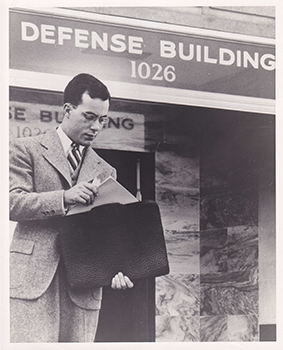 It is safe to say that the growth of Allied Systems was astonishing. Rob and Gene eventually added roof and floor truss manufacturing to the Allied product mix while the company continued to grow and prosper. The early years of the new century were heady days for residential construction and the industry as a whole boomed. But by 2007 the residential construction boom crashed into the Great Recession. In 2009 the brothers had sold the Haymarket site and consolidated all the operations into the Winchester location and merged the two companies into one entity: Annandale Millwork and Allied Systems Corporation. Today Annandale Millwork and Allied Systems continues to grow. Having weathered the Great Recession, the company is poised for continued growth. The third generation has also emerged to contribute. Jackie Bates, Rob’s daughter, has become an important member of the management team. William (Bill) Frogale must be smiling somewhere up there that the company he founded in 1952 is entering its 65th year true to his founding vision of family and innovation.